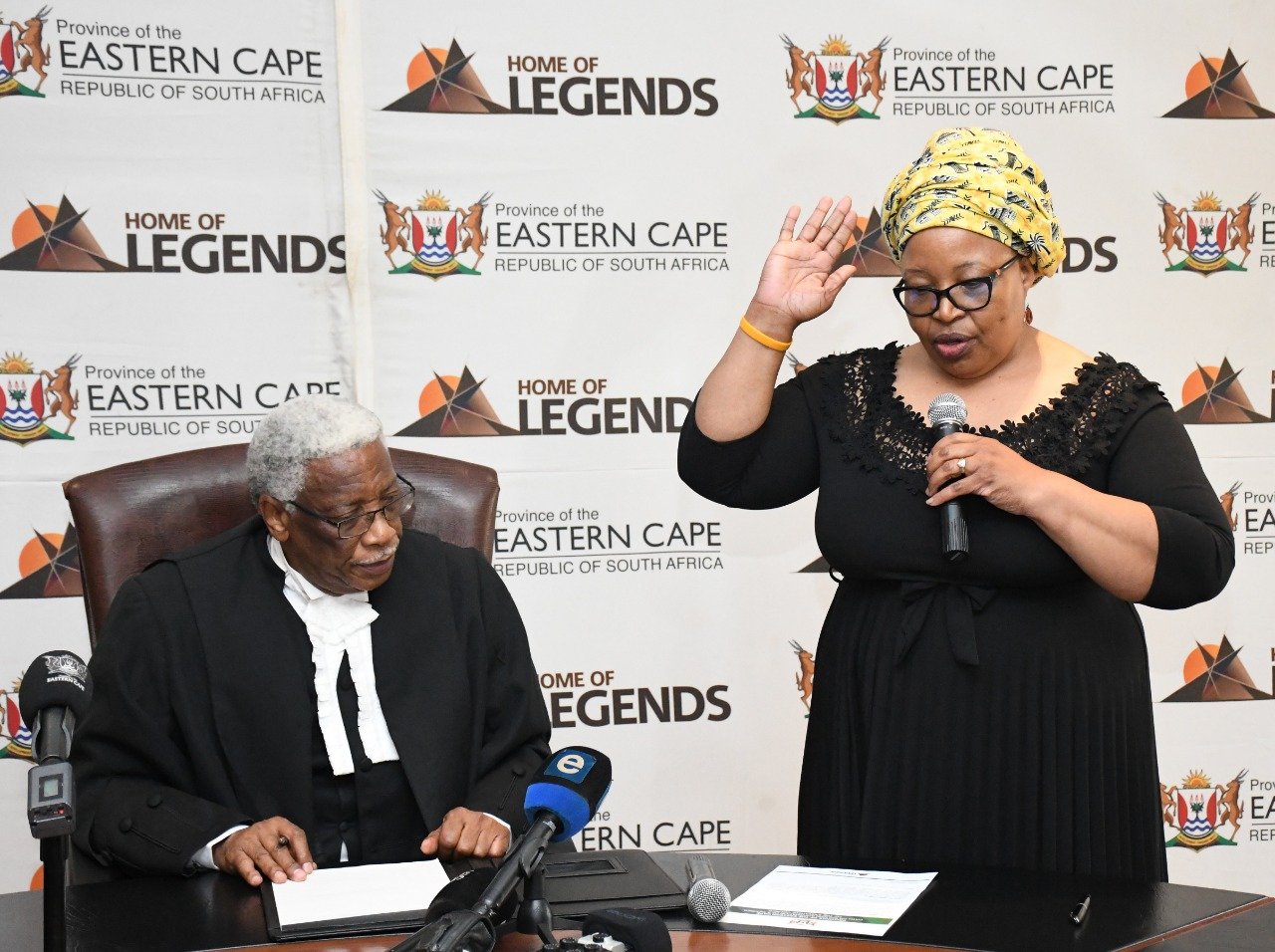 Matatiele Local Municipality is thrilled by the appointment of MEC Ntombovuyo Nkopane in the Department of Public Works and Infrastructure, the former Mayor of this Municipality who hails from Thaba Chicha in Ward 14.

MEC Nkopane served as the Speaker of Matatiele Local Municipality from 2006 – 2008, she was later deployed as the Mayor following the 2011 local government elections until 2013 before joining the Eastern Cape Provincial Legislature. In both positions, the former Mayor served the people of Matatiele with dedication and excellence ensuring that the institution receives a clean
audit during the 2011/12 financial year.

The Mayor of Matatiele Local Municipality, Cllr. Sonwabile Mngenela congratulated the former Mayor for flying the Matatiele flag so high. “The people of Matatiele especially from Fiva and Thaba Chicha villages congratulates the MEC and are hopeful that she will work so hard to transform the lives of the people of the Eastern Cape”, said Cllr. Mngenela.

Announcing the new changes in the cabinet, Eastern Cape Premier, Mr. Lubabalo Oscar Mabuyane said, “Ms Ntombovuyo Nkopane will build on the solid foundation laid by former MEC Babalo Madikizela of an agile Public Works and Infrastructure Department. We want to see more previously disadvantaged contractors growing with the support of the department and the transformation of the property sector utilising the government property portfolio”.

There are no comments yet